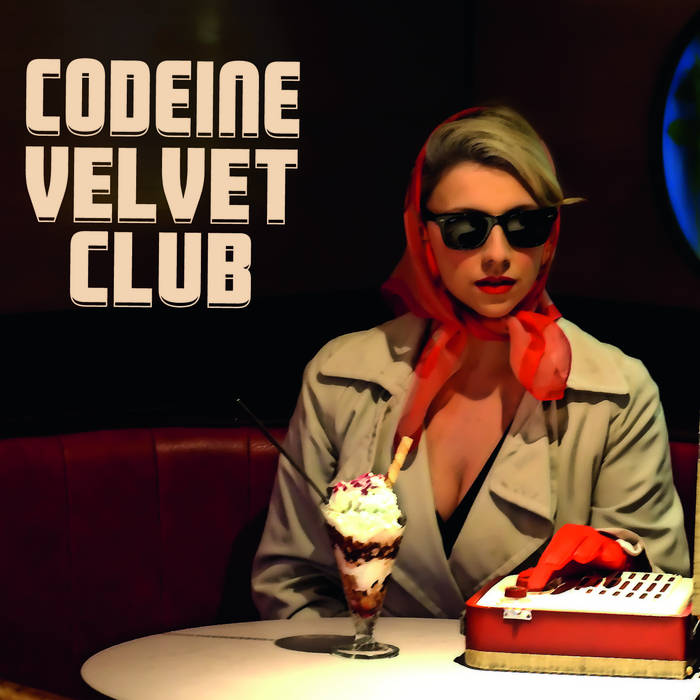 blindhipster Every couple of years I come back to this album and I always enjoy the vibe it creates when I listen to it. It is truly a one of a kind album that I wish got more recognition and that I wish was available to listen to on more platforms (namely Spotify and Apple Music/iTunes). A physical release of this would also be something I would buy in a heartbeat, and I'm sure many others would as well! Favorite track: Nevada.

For Lawler Codeine Velvet Club offers a respite from the whirlwind of touring, recording and non-stop promo that enveloped The Fratellis after their debut album, ‘Costello Music’, reached Number 2 in the UK album charts in 2006, buoyed by a string of anthemic singles spearheaded by the raunchy crowd-pleasers – and now classic 21st century radio staples – ‘Chelsea Dagger’ and ‘Henrietta’.

When the promotional commitments for the group’s second album, ‘Here We Stand’, ended in March this year with a tour of Australia and Japan, it was agreed that, bar a couple of festival shows this summer, the Glasgow three-piece should take a well-earned breather.

Jon celebrated the start of his sabbatical by taking his family and friends on a beach holiday abroad. Restless and itching to get back to work, he flew home after just a few days. It was on his return that he seized on the opportunity to help write a track for Lou Hickey’s album, a project funded by a grant from the Scottish Arts Council. ‘Vanity Kills’, as it came to be titled, emerged as a swaying, jazzy, big-band duet, tinged with noir-ish menace and shades of Nancy Sinatra and Lee Hazlewood’s waspish 1960s guy-gal dueling.

“I’m sure my wife was thinking, ‘How do I get him out of the house every day for the next year?”, Jon smiles from beneath his wiry mop of Dylan-in-‘66 hair, “because I’m the sort of person who needs to be doing something or I get a bit grumpy. So she put me in touch with Lou, a friend of hers, who she knew was writing a record.”

“We met up at a studio and wrote [new single] ‘Vanity Kills’, “continues Lou. “But Jon thought it was too good for my album, so he decided it should be the beginning of a whole new venture. Which suited me fine.” The quality of the track inspired the pair to embark on their own album, a record which Jon wanted to sound like ’60s soundtrack composer (and Bond theme-tune creator) John Barry “playing with a rock’n‘roll band”. However, the material swiftly gained a distinctive dark energy and hard-boiled, vampish edge after Jon took a break in Hollywood.

“I loved the place, especially the old haunts of its heyday,” he explains. “That dark side of Hollywood attracts me – it still feels very James Ellroy. I stayed at the Chateau Marmont, and there are still a few old ghosts around the place, definitely some leftover vibes. It’s a little haven in the middle of Hollywood, and about as far removed from Glasgow as you can get, but I felt at home.”

The album began to fall into place early this year, with the taut, shimmering album opener ‘Hollywood’, the Mariachi-inflected ‘Time’, and the widescreen, cinematic sweep of ‘Nevada’, whose elegant orchestral score was written by Belle & Sebastian’s Mick Cooke. There was room for some rockers too: the carousing ‘Little Sister’, and ‘I Would Send You Roses’, a track Jon had originally written for Roger Daltrey.

Jon luxuriated in his newfound musical freedom, drafting in the Gospel Truth Choir for some backing vocals, and even managing to squeeze an electric sitar onto the eerie, Pulp Fiction-flavoured ballad ‘The Black Roses’. Meanwhile, under Mick Cooke’s and Jon’s direction, the strings parts were recorded in Islington, north London by an orchestra of top flight classical musicians, including legendary trumpeter Derek Watkins, who has the remarkable claim of playing on all the Bond themes since the first in 1962.

“It was like being plugged into another world,” says Lou of the experience of working with classical musicians. “They down tools on the dot for their lunch and tea breaks, even if you’re in the middle of something. We were like, ‘What just happened there?’ But they were brilliant.”

With the album rounded off with the gorgeous ‘Reste Avec Moi’ (“My mother brought me a ‘learn French in a month’ CD, which explains the French title,” laughs Jon), the moody and beautiful ‘Like A Full Moon’ and the elegiac closer ‘Begging Bowl Blues’, Lawler and Hickey cast around for a name for the project. After much deliberation they settled on The Codeine Velvet Club. “I like the word ‘velvet’, it’s dark and glamorous,” says Lou. “I liked Codeine Breakfast Duvet – but, if you had one, I guess you’d never get up, would you?” smiles Jon.

It would seem Jon’s work ethic hasn’t seen him resting on his laurels. “This hasn’t felt like work at all,” says the wistful Scotsman. “It sounds the wrong way to describe music these days, but it was just enjoyable to do. I’m pleased everyone will get to hear it. Me and Lou are immensely proud of it.”