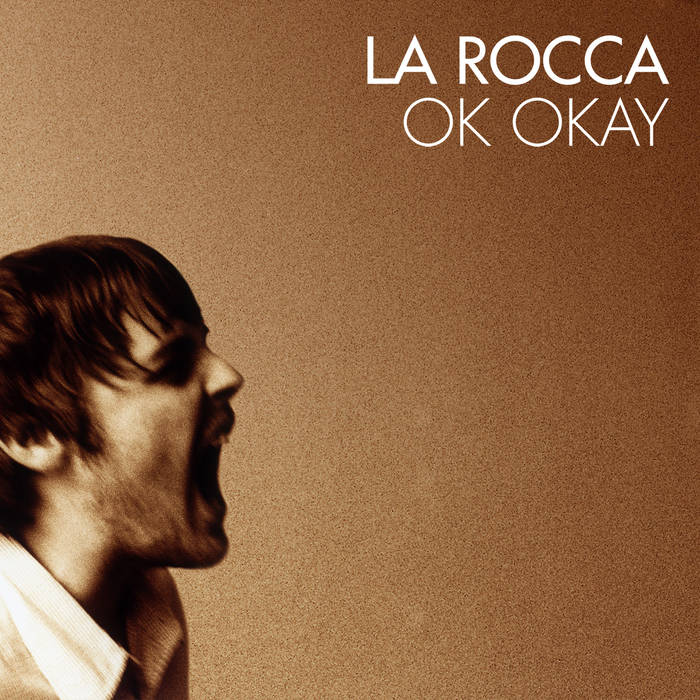 Ok Okay, La Rocca’s second album (Dangerbird, Sept. 30), marks a quantum leap for the L.A.-based, three-quarters Irish quartet. Subtly but powerfully, its 11 songs substantiate the immense promise of their first full-length, 2006’s The Truth, which Ireland’s Hot Press hailed as “a near-perfectly formed debut from a tight and talented band with a serious future ahead of them.” This is the vibrant sound of a band that has located its true identity through a half decade of hard work and an abiding belief that they were on their way to something worth achieving. “Before,” says singer, guitarist and songwriter Bjorn Baillie, “we were so concerned with everything being spot-on and intricate. This time it was, ‘Let’s just roll the tape and go for it.”

During their years together, Baillie (who may well be the only native Irishman with that given name; his mother was born in Norway) and his cohorts—bassist/singer Simon Baillie (who’s two years older than his brother), drummer Alan Redmond and keyboardist/singer Nick Haworth—have journeyed from Cardiff, Wales, where they formed, to Dublin and then to London before emigrating to Los Angeles in the summer of 2005.

“After three years here, we’ve settled a bit,” says Bjorn. “I don’t go, ‘Wow, I live in Los Angeles!’ anymore. We made the first record very much in that spirit; it documents our move to America and reflects the bands and albums we like. We tried to make the first one a cool record, but this one is more natural and easygoing. You can listen to it straight through, and it careers along nicely. The title, Ok Okay, is like the two sides of a conversation, or an argument. There’s a contrast all the way through, going back and forth, trying to arrive at the right outcome. A lot of it is stuff that you can sing about but not talk about.”

“Bjorn has a tendency to write songs that feel uplifting but are actually about sad things,” says Simon on the way to describing the group’s creative process. “It starts with Bjorn coming to us with a song and mutates from there. Once he plays it for us, it isn’t just his song anymore; when we work it up and play it together, it becomes our song. We all want the best for every song.”

They wanted it, and they got it. Recorded at the tail end of last year in Austin Texas, Ok Okay was produced, engineered and mixed by Mike McCarthy (Spoon, And You’ll Know Us by the Trail of Dead) at his own America…I Love You Studio. Tracked live off the floor the old-fashioned way, to analog tape through vintage gear, the record sounds very much in the moment—visceral, richly textured and pulsing with urgency.

“I think we got him at the right time,” Bjorn says of McCarthy. “I suspect he’s gonna keep on moving up, and he’s already built up a great CV. We were lucky to work with him. It was a great experience. Mike got right to the point with the songs, and he worked very quickly, which is the way we like to do it. This album is about the songs, so the vocal is very much the lead instrument, and he made the vocals sound great, as well as bass and drums. He also gave everything a bit of a twist; I like that it isn’t standard.”

The lone outside player is cellist Sarah Nelson, whose elegant playing decorates the intimate romantic idyll “Paris.” It’s Nelson’s laughing voice that opens the album, as she says “OK,” aptly enough, to playing the bowed D note on her cello that introduces opening track “Argument Never One.” And with that, they’re off to the races.

“Argument Never One” embeds the album’s central theme—the ongoing struggle of individuals to see eye to eye and find common ground in a world constantly in flux—into the charged atmosphere of a widescreen anthem powered by ringing guitars and rousing three-part harmonies surrounding an urgent lead vocal. “The album starts with that song because the whole album is like an argument back and forth,” says Bjorn before adding with a laugh, “but done to nice music.”

The following “Senses” and “Control” comprise what Bjorn states is “very much the center of the album” in the thematic sense. Amid the pastoral lilt of acoustic guitars and piano, Bjorn sings the first half of the song at the very top of his register, the second half an octave lower, suggesting an inner dialogue that coheres in the final moments with a double-tracked merger of the high and the low vocal parts. Right there, Bjorn introduces the psychological force field that threads through the album as a whole.

The chorus of “Control” ratchets up the intensity, coming across with the insistence of a warning and the conviction of a hard-earned insight, as Bjorn sings, “When you give control to someone else/You never get to feel it for yourself.”

“‘Senses’ and ‘Control’ are about trying to work out exactly what you should give over to other people and sharing responsibility,” Bjorn explains. “I meant the chorus lyric, ‘Everybody’s senses will change/As everybody senses a change,’ in the sense that another year’s gone by and more stuff’s come into your life. Like those lines in ‘Senses’—‘I’m slipping down the glass, the feet that walked me in here are like two ropes around a mast..’ That sums up the album in one song. There’s definitely a thread through them all; it’s very romantic in places.”

The tone may be melancholy at times, but Ok Okay is at heart a life-affirming album, charting the ups and downs of everyday life in a readily relatable way. Bjorn describes the songs as ‘like a series of little worries, but nothing that’s beating me down. They’re not major, but they’re ongoing. I think the record is quite optimistic. ‘Half Speed,’ for example, is about the realization that you don’t have to run so fast anymore, that you’ve become content with your lot. It’s that kind of thing, not life and death.”

The undercurrent of tension that runs through the first half of the album is thrillingly released at midpoint by “Ballad of Arizona,” inspired by footage of Dylan and the Hawks on their storied 1966 tour of the U.K. This storming old-school rave-up boasts a flood of madcap Dylanesque imagery, topped off by a wailing harmonica. As with its model, “The piano’s pounding away, and you just hold onto your hats, basically,” Bjorn says with satisfaction. “The first half of the album is relatively straightforward, but after ‘Ballad of Arizona,’ it gets deeper. It becomes more like ‘We Can Work It Out,’ when Lennon sings the low bits and the mood changes.”

Bjorn isn’t speaking abstractly about the Beatles song. On “My Mean So Much,” which introduces the knotty second half, Simon’s chorus harmony unfurls beneath Bjorn’s melody line, Lennon-style, and it’s a resonant blend indeed, as those tight harmonies bring the album one of its musical and emotional peaks. Then comes “Sing Her Song,” another breathtaking anthem, this one deeply romantic, if lyrically mysterious. The mood continues to deepen until the final “Roadway Hymn,” which puts the band’s continuing journey in perspective. “And I’m on the roadway, facing heaven one way,” Bjorn sings. “Turn around and work it out/Darling, what I’m headed for.” Following a couple of minutes of silence—a silence that itself feels emotionally charged—comes the dusky hidden track “Love Under Key,” providing a poignant coda to an enthralling album.

“As musicians, you want to keep getting better, keep on pushing yourselves,” says Simon. “We’ve had high aspirations since we started; it’s just been a matter of trying to get what we hear in our head to translate. We’ve all grown as musicians, and this album feels cohesive and whole; I think it’s the best record we could’ve made at this point in the band’s career.”

La Rocca took its name from a dive in Bristol, primarily because “It had the greatest-looking neon sign I’ve ever seen above the doorway,” says Bjorn. With this memorable album, La Rocca’s name is now lit up brightly as well, as this scrappy crew cruises toward its date with destiny.

Produced and mixed by Mike McCarthy.