This Too Will Pass

by The One AM Radio 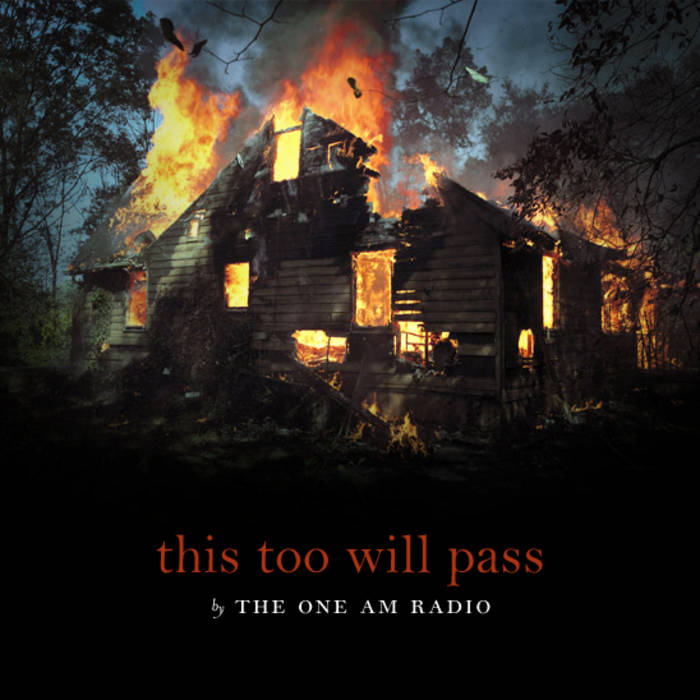 The One AM Radio is a project based in Los Angeles, where the sun hasn’t completely thawed its New England roots. Songwriter and producer Hrishikesh Hirway makes music about the feeling you get while driving home, fast, late at night, through half-empty streets.

The project began in New England, where Hrishikesh was studying design and photography at Yale. With a borrowed guitar, a 4-track, and a drum machine, he made cassettes for his friends and his sister to fall asleep to—instrumental lullabies mixed with staticky murmurs of talk radio.

Hirway started writing lyrics and singing over his music, and began performing, using what he’d written on the label on the first cassette — “The One AM Radio” — as a moniker.

Ted Leo gave Hrishikesh his real start and his first release, after the two played a show together, inviting him to come record in Boston at Radium City, Ted’s home recording studio. Those recordings were released as a split 7-inch with Ted Leo and the Pharmacists.

Because of Hrishikesh’s musical roots, The One AM Radio became an unlikely part of the DIY hardcore scene, playing and touring alongside screamy punk bands in sweaty basements. The homemade recordings were released in the form of EPs and 7”s on a variety of hardcore labels, as well as Hirway’s own DIY imprint, Translucence.

By the time 2004’s A Name Writ In Water was released, people outside of the hardcore community had started to take notice. Pitchfork reviewed the album glowingly, giving it an 8.1 rating, noting “Hirway’s prose is peppered with imagistic bits of landscape. His compositions simply feel colossal…the maps he draws are beautiful.” Time Out New York deemed it one of the top ten albums of the year, and called the “dream mix of vocals, guitars, synths, violins, and ambient beats…both lush and thoughtful.”

That year, between touring and working odd jobs and freelancing as a designer, Hirway began a nomadic lifestyle, criss-crossing the country in his car, with his belongings limited to what could fit in his trunk. He eventually left the US to spend time in his parents’ home country of India, and began writing and recording what would become the album This Too Will Pass while living in Mumbai.

Hirway found himself back in Los Angeles, where he had once lived briefly, but long enough to fall in and collaborate with the likes of Daedelus and the dublab crew, the online radio collective at the heart of the LA experimental electronic scene. This time, shedding the wanderlust that had guided him for so long, he decided to try and make the city his home.

There, he made the acquaintance of the folks at Dangerbird Records, who signed him to release This Too Will Pass.

Los Angeles proved to be a fertile and fortuitous home base for Hirway, as a place where he could continue his unique aesthetic among a collection of luminaries who were like-minded if not exactly like-sounding. He remixed tracks for Jimmy Tamborello (of Dntel and the Postal Service) and LA beat-scene breakout star Baths, who had been a longtime fan of The One AM Radio. (The three acts later toured together, nationally, in August 2011, under the name The Soft Alarm Tour.)

Hrishikesh started making Heaven Is Attached by a Slender Thread during sleepless nights. Tony Hoffer, who has produced albums for Beck, Phoenix, Belle and Sebastian, and Air, ended up hearing demos of some of the early songs and reached out to get involved with the recording. Hoffer took an the role of an advisor, and Hirway would send him his hand-crafted organic electronic songs. Hoffer eventually became the executive producer and mixer for the record.

For Hirway, the new LP is about living on the fumes of dreams and hopes, which also happen to be what the plastic city of Los Angeles is built on, and what it is constantly confirming—and betraying. At one point, Hrishikesh’s idea was to make a dance record, and now, he admits, that’s not really how it turned out. But the album does make you want to move, to run, to get in the car and drive fast through the empty city in the middle of the night — to remember how tenuous the hold is on all the things you have, and want, and long for.